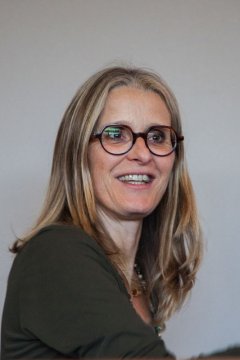 I hold a “Director of research” position at Inria, the French National Institute for computer science and applied mathematics. My research lies in the study of middleware solutions easing the development of distributed collaborative services, including mobile services deployed over smartphones and interacting with sensors and actuators. From 2002 to 2013, I led the ARLES research team in which we investigated distributed software systems leveraging wirelessly networked devices, with a special emphasis on service-oriented systems. In 2013, I received one of the “12 Etoiles de l’Europe”, awarded by the French Ministry of Research in recognition of the coordination of the FP7 ICT FET IP CONNECT project on emergent middleware (2009-13). In 2014, I was made a Knight of France’s Legion d’honneur for my contribution to Higher Education and Research. From 2013 to 2018, I acted as the scientific coordinator of the Inria@SiliconValley program (https://project.inria.fr/siliconvalley/) promoting and fostering collaboration between Inria and California universities. I also coordinated the CityLab@Inria research program (http://citylab.inria.fr/) dedicated to the study of urban software systems promoting citizen engagement. I regularly serve in the program committees of major conferences of the software engineering and middleware domains. I am currently associate editor of IEEE Transactions on Software Engineering, IEEE Transactions on Service Computing, and ACM Transactions on the Internet of Things.